What will make eBooks as readily available as MP3s? 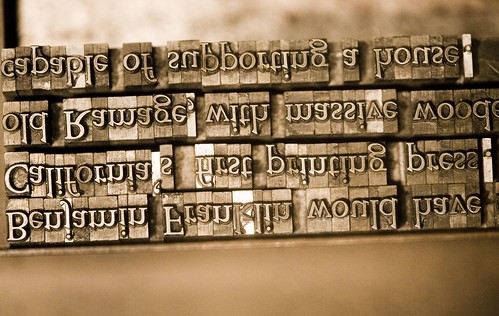 I was talking to a colleague recently about ebooks and the lack of access to course text books electronically. I asked why he thought that was, and he suggested that we were waiting for digital rights management to be sorted out - he meant that in his view we were waiting for DRM technology to be strong enough to protect publishers' intellectual property rights.

This struck me as interesting, as that certainly wasn't the case with music where DRM has been struggling (and failing) to catch up for some time. Then, last week, came the news that Amazon had recalled a book it had previously sold, at the publisher's behest, deleting it from everyone's Kindle and refunding them. James Grimmelmann reminds us he warned of Amazon's terms and suggests we need new laws around digital property rights.

We'd also been discussing this at work, in the context of how digital music has disrupted things and attempting to predict how and what ebooks will disrupt and when. Then, Roy Tennant pops up saying Print is SO Not Dead. All of these got me thinking more about it.

The major trigger for digital music was the MP3 player, some cheap, some cool, both hardware and software. People bought MP3 players instead of CD, Mini-disc and cassette because they were smaller, could hold more music and had better battery life. Initially you put music onto them by ripping the CDs you already owned. i.e. there was a cheap, easy way to get digital music onto them from your existing media. We'll leave the legality of ripping CDs to others.

It was this ability to get music into digital file form that led to online music sharing, and subsequently to the publishing of non-DRM MP3 files from major record labels. The ease with which music could be made available in digital form for anyone to use is what changed the recording industries business and gave consumers what they wanted - cheap, DRM-free music from their favourite artists.

DRM didn't work for music for many reasons, not least because of the ease with which people could get hold of DRM-free copies. Other contributing factors included the profusion of cheap MP3 players, these players meant people didn't just want DRM-free music, but_needed_ it because their cheap players wouldn't play DRM. Those cheap players wouldn't implement DRM because of the increased hardware cost of supporting it as well as the licensing cost of many of the schemes. Remember, we're not talking about a £200 iPod here, we're talking about a £5 USB stick with a headphone socket and 4 buttons.

The per unit manufacturing cost of an ebook reader is much higher, they'll sell in smaller volumes, they have more parts including a good screen and use newer technologies rather than off-the-shelf components. The proportion of cost that DRM would impose is a much smaller part of the total unit cost than it was for MP3 players.

A good few good ebook readers have come out over the past year or so including the first and second generation kindles, the BeBook and recently the Samsung Papyrus. All very nice and very capable. Plastic Logic are on the brink of launching a nice new, very lightweight plastic reader.

But there's still something missing - the books.

That's not to say nothing's progressing - a great number of books are available and I've not heard anyone complaining that they couldn't get anything, but it's still a tiny drop in the ocean, Barnes & Noble launching a store with 700,000 books, compared to Kindle's "Over 300,000 eBooks, Newspapers, Magazines, and Blogs". To put that in context, the Library of Congress alone which has 141,847,810 items in it's catalogue.

And I have a stack of books on my desk, real ones with paper pages. And no way to easily get these onto my laptop.

This is due to several asymmetries. In music, the music is recorded and a player has always been required to reproduce the sound, whether analogue or digital. Books have had many advances in the production side, but not on the consumer side - books have never needed a player.

The second asymmetry is of the display and input of computers. Bill Buxton talks about this a lot when explaining why computers are still on the periphery of life, rather than integrated through it. Essentially this comes down to the issue that the display on my laptop can't also see - there is no easy way to put a physical book into the computer.

So where does that leave the take-up of ebooks? The publishers seem to be in the same position the record industry was in some time ago, but without the driver to change. With music, consumers were able to say "if you won't do this, we'll do it ourselves" but with books that isn't as easy. There aren't students out there copying text books to give to their fellow students.

So without an obvious source of DRM-free ebooks - ones that people really want to read - and DRM as a much lower part of the manufacturing cost it seems unlikely that we're going to see cheap, non-DRM ebook readers being taken up by lots of people.

So, in the absence of consumer-led digitisation of everyone's existing collections, and assuming Google's book scans don't become freely available, what reason do publishers have to really support open and flexible digital publishing? None that I can see.

So this is where DRM may actually come in useful - in providing the mechanism that allows publishers to release those precious digital copies into the marketplace.

I certainly wasn't positioning music as a poster child for DRM, quite the opposite. The crucial difference though is that the music industry had already put high quality, unprotected, digital copies of the music into the world. Their cat was already out of the bag. Consumers had the ability to revolt, it was as easy as popping a CD into a computer. That's not the case with books, there is no high quality digital format already out in the wild pre-computers in the way that CDs were. That means that the publishers are in the luxurious position of being able to keep the full-texts in digital form under lock and key. Without customer revolt, without another source of income (like concert tours for music), and without a protected format what will persuade them to let those out?

Firstly, oops, yes, you point out the absence of a 'book player'. Sorry, I blame speed-reading. However, I don't think the music industry can be called a poster child for DRM-enabled distribution. Both the Amazon and iTunes stores are now DRM-free, because DRM failed in for music in the face of user revolt. Plus, I do not think that the same model could work for books - it's a charming thought to imagine Sir PTerence of Pratchett reading from one of his works at Wembley, but an unlikely one. The iTunes store offers one potential way to distribute ebooks, and that may be the way we go. Of course, ebooks are also still in the format wars stage of development, which also retards acceptance. What will the MP3 format of ebooks be? And, what will the A4P (protected format) be?

[...] The same is not true in the e-book market, as there is no effective means to take a book from my shelf and inject it into an e-book reader. To get a book onto a reader, we either need to buy it again or hope it’s old enough to be in the public domain, and Rob Styles considers some of the implications in a recent post. [...]

There are two problems you don't quite address. One is that music needs some kind of device, and MP3 players are better devices than portable CD players (yes, I had one!) The other problem is the traditional one of business models. Ebooks and ebook readers are doomed without content, and the content won't appear until a business model does. We need to convince publishers that they can come up with a model, then support it. We haven't really convinced the music industry yet, and they're much more modern than publishing. And, finally, are you really arguing in favour of DRM?

@mauvedeity I do point out the absence of a player, and its contribution to the world at large not being able to practically exploit the analog hole. In terms of business model, I think the music industry is showing the way for music quite nicely. Many high profile bands are moving to a model where revenue comes from touring and sponsorship rather than from record sales. That won't help the parts of the business based on distribution and logistics, though. Books are somewhat different. The time taken to produce a book is significantly more than to produce an album, and may reach far fewer customers. Many books never make into six figures and I can't imagine a world where authors make a viable income from performing or sponsorship; though Cory Doctorow is doing alright that way I guess. That leaves us in a place where the publishers have the only practical digital copy of a book and the community has no realistic mechanism to create their own. Therefore, we need mechanism that will allow the publishers to release digital copies in a way that does not disrupt their existing model, but complements it. So, yes, I'm arguing for a DRM model for ebooks.